What do you get when you put together years of activism and advocacy with lawmakers who support our freedom of choice? Abortion coverage! That’s right, y’all, beginning July 1, plans

General Assembly Legislative Session Roundup Part 2 We’re sending our compliments to the chefs in the General Assembly who’ve been cooking up all sorts of progress for the Commonwealth! Our

HERO The hero for this week is NASA! Because the Mars rover touched down! Talk about perseverance. No really, talk about it!  ZERO The zero for the week is Sen. 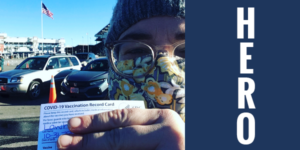 Hero The hero for this week is everyone who was able to get a COVID-19 vaccine, including our very own team member Jen. Be sure to check out her video

Have you ever left a store, realized you were WAY overcharged, and thought, ‘Eh. I guess it’s their money now. I hope they buy something nice for themselves. They deserve

Richmond, Virginia—Members of the Senate General Laws Committee voted today to report Senator Ghazala Hashmi’s SB1318. This bill expands upon the Environmental Justice Act passed in the 2020 session and

Ever since the 2008 recession (so TWELVE YEARS AGO NOW), Virginia has been underfunding our schools and social safety net programs. Ostensibly, this is because we were in a recession,

Lots of people think that getting an abortion is as simple as making an appointment at the doctor’s office and showing up for the appointment. But unfortunately, that is not

In the November elections, we broke voting records in part because of temporary measures passed in response to the pandemic. Through the establishment of secure drop boxes and satellite locations,