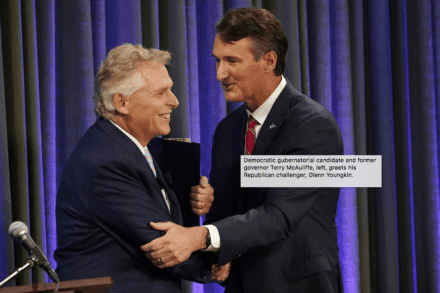 Grundy, Virginia—After Republican Glenn Youngkin rejected two invitations to debate Democrat Terry McAuliffe in the race for Governor, the two candidates will finally meet in a debate tonight. This will be a rare opportunity for voters in Virginia to learn where Glenn Youngkin actually stands on the issues.  “Glenn Youngkin has been hiding from voters since he won […] 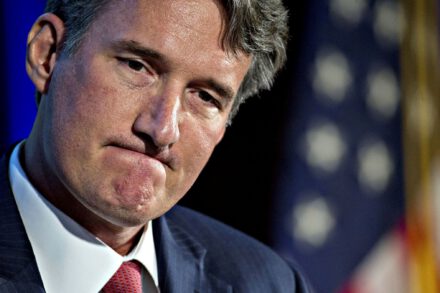 Republican candidate for Governor, Glenn Youngkin, finally announced some of his policy positions on Monday. Youngkin has officially revealed what we knew all along—he has no idea what he is doing and is unqualified to be Governor. Youngkin has no political experience and has turned buzzwords into policy that would decimate Virginia’s economy and leave […]

Richmond, Virginia—Since Republican gubernatorial nominee Glenn Youngkin won his primary, he’s flipped his position on state income taxes. At first, he pledged to disastrously eliminate all of Virginia’s state income tax, but now he says he just wants to cut some of it.  Whatever he chooses to do if elected, Youngkin is saying he will […]

Glenn Youngkin, Republican candidate for Governor, has backed out of yet another debate. His Democratic opponent, Terry McAuliffe, agreed to participate in five debates, but he can’t debate himself. Due to Youngkin’s unwillingness to appear in front of Virginia voters, “The People’s Debate,” sponsored by the AARP, has been canceled.  “The people in our community […] 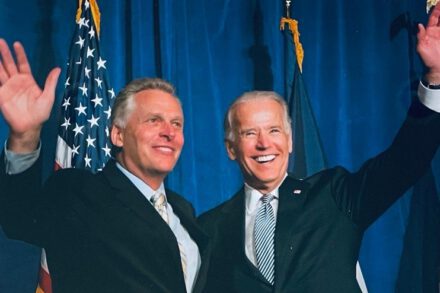 Arlington, Virginia—Just one week after 1.5 million Virginia children received the child care tax credit, President Biden will campaign with Democratic candidate for Governor, Terry McAuliffe, to tout their plans to lift up hardworking families in our community. This event will be an opportunity for the President and former Governor to talk about their plans […]

Just days after Glenn Youngkin was outed for lying to voters about his position on abortion access, he’s announced that he won’t participate in the Virginia Bar Association debate, a Virginia tradition since 1985. This move makes it clear that Youngkin’s campaign strategy is to hide from voters when he can and lie about his […]

As I’m sure you’ve heard, Virginia Republicans have nominated multi-millionaire Glenn Youngkin to be their nominee for governor in the 2021 election. This may not be a name you’re immediately familiar with, so I’m here to help you out! Here are 5 fictional characters that will help get you up to speed on the new […] 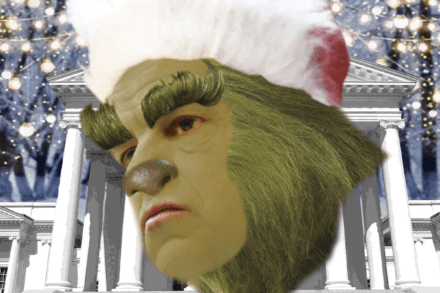 In 2018, I joined a couple of dozen students visiting the state Capitol during the General Assembly session to advocate for legislation. They specifically wanted to talk to then-Speaker of the House Kirk Cox, a public school teacher, believing a teacher would be sympathetic to their issue. What legislator wouldn’t be thrilled by enthusiastic kids […]

Meet the Candidates On Tuesday, May 9th Progress Virginia will host “Debate for the State” between Democratic gubernatorial candidates Ralph Northam and Tom Perriello. In anticipation of this event, we’re taking the time to introduce you to these two wonderful candidates and provide some background on the men you will hear more from tomorrow night. […]